The new results are more than 300 metres away from the current resource at Tamarack in an area known as CGO East, where Talon expects to the massive sulphide unit to be wider

Talon Metals Corp (TSE:TLO) reported new results Wednesday from an ongoing drill campaign at its Tamarack project in Minnesota that highlighted the project’s potential to become a significant nickel resource.

The new results are more than 300 metres away from the current resource at Tamarack in an area known as CGO East, where Talon expects to the massive sulphide unit to be “much wider” than what is already defined in the resource area.

CEO Henri van Rooyen told investors that the results could increase the amount of high-grade tonnage at Tamarack. 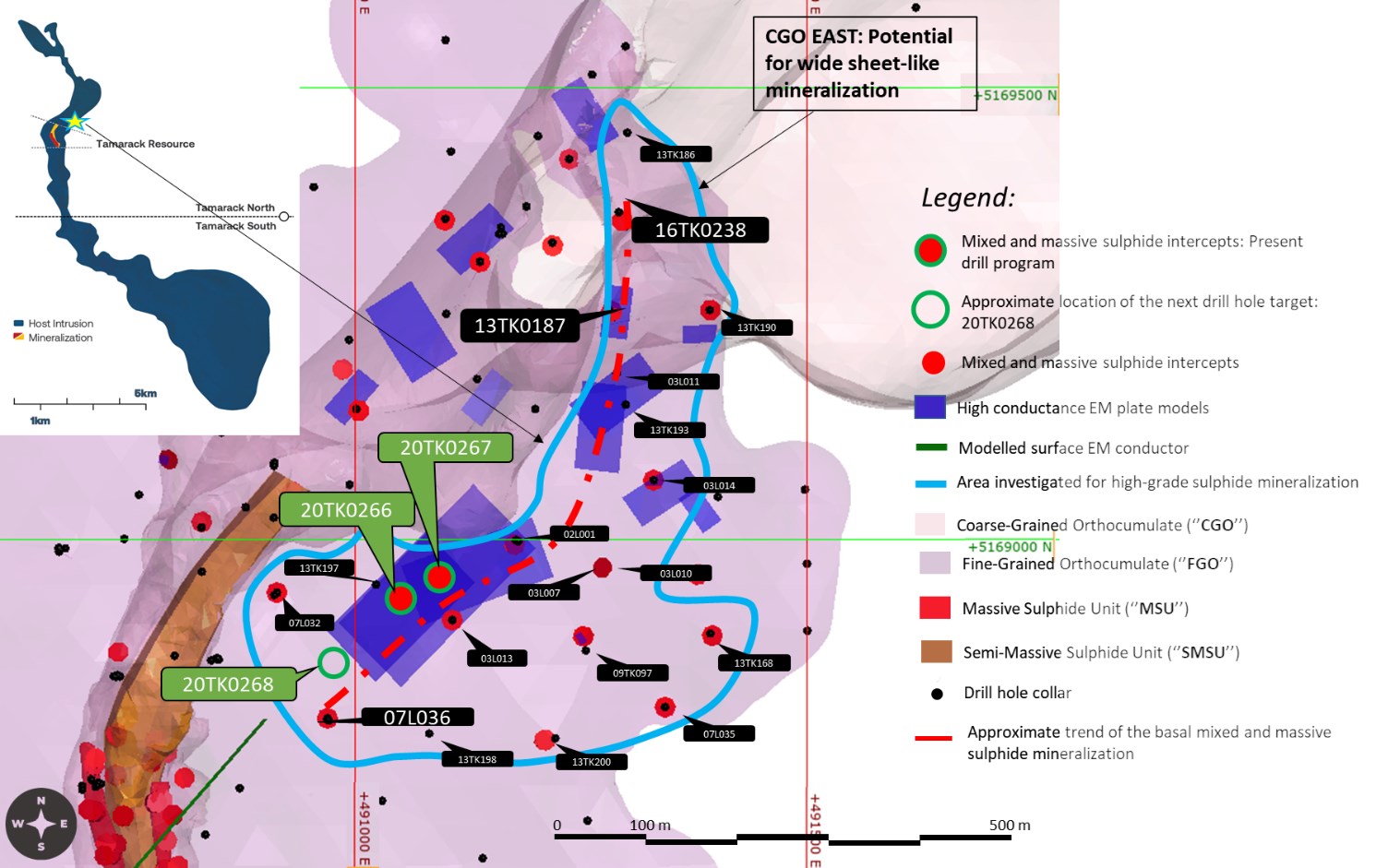 “Not only is this expected to increase the amount of high-grade tonnage at the Tamarack project, it could do so at the front end of the mine life, resulting in early cash-flows. It is therefore expected to reduce the timeline to production.”

Talon president Sean Werger added that Tamarack’s drill results were “good news” for the electric vehicle industry in the US and Europe.

“We are looking to supply Green-NickelTM when it will be needed the most," said Werger.

Talon’s current drill program at Tamarack is expected to run for the remainder of this year and into next year. The firm said it has enough cash on hand to complete its program without returning to the markets.

Talon Metals advancing exciting Tamarack project, one of the US's only...

Which miners could benefit from Tesla’s battery day?

Which miners could benefit from Tesla’s battery day?

Talon Metals Corp (TSE: TLO) President Sean Werger joined Steve Darling from Proactive with news the company has launched their new website that has an emphasis on teaching investors and the general public more about their project Tamarack and also about the nickel market. Werger shares with...

Mining Discussion of Metallurgy at Tamarack, including Recent Exciting...

Aurania Resources confirms the extension of the Tirania-Shimpia...

Gungnir Resources upsizes placing due to interest from European...

PowerOre to change name to QC Copper and Gold Inc with new trading...

Versus Systems granted 23 new claims by US patent office for its...