Aurania Resources Ltd (CVE:ARU) (OTCQB:AUIAF) said Friday it had confirmed the extension of a highly prospective silver-gold target over a 15-kilometre length in Ecuador.

Soil sampling at the Tiria-Shimpia target on the company’s Lost Cities-Cutucu project in southeastern Ecuador defined a large mineralized system that covers around 75 square kilometres and is open along trend in an area interpreted to be a porphyry cluster. The silver zone is found in the central part of a larger area of enrichment of lead and zinc, according to the Toronto-based junior.

Tiria-Shimpia is “on the short-list” for scout drilling once Aurania’s main program at the Tsenken target is completed, the company said in a statement.

"Tiria-Shimpia is shaping up to be one of many compelling targets in Aurania's portfolio,” Aurania’s CEO Keith Barron said in the statement.

“Soil sampling has defined four main zones of silver enrichment that total 15 kilometres in length. We're excited about this target area because the silver zone lies in the central part of a far larger mineralized system that, itself, lies on the flank of the biggest magnetic feature of our entire geophysical survey.” 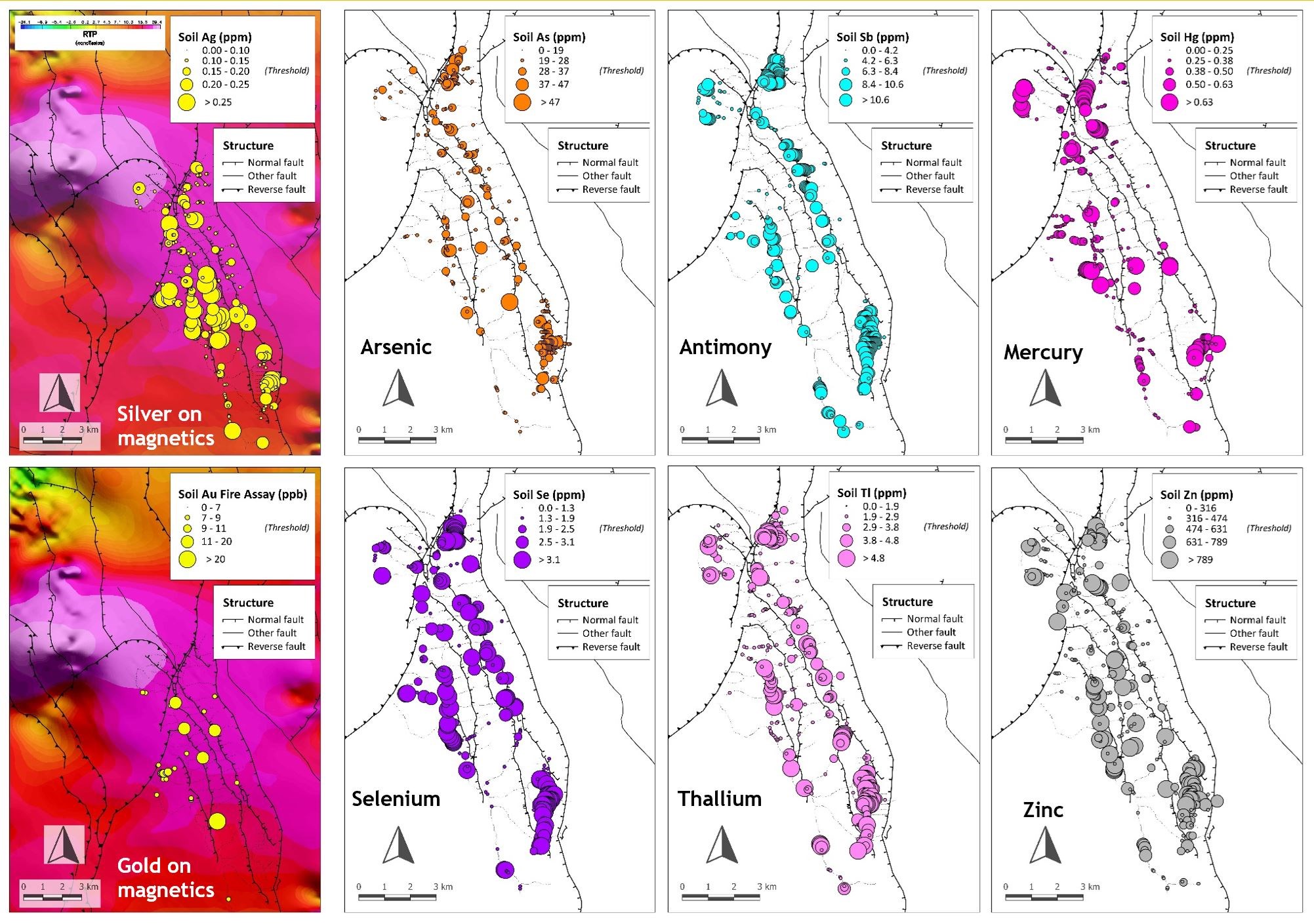 Distribution of silver and gold plotted on an image of magnetic data with antimony, selenium, thallium, zinc and naturally-occurring mercury and arsenic shown relative to the fault system in the Tiria-Shimpia target area

Barron said that gold is slightly enriched adjacent to silver in some parts of the mineralized system, and the company will investigate the areas as specific gold-silver targets. Most of the silver occurs with zinc, lead and barium.

“We expect the roots of the mineralization to be a system of veins from which mineralization likely seeped into the layering of the limestone host rock to form flat-lying ‘mantos’,” the CEO added. “Our plan is to refine the targets with additional field work during which time, the scout drilling program for Tiria-Shimpia will be planned."

Tiria-Shimpia displays similarities to the silver-lead-zinc deposits of the Colquijirca district in Peru, which contains the famous Cerro de Pasco deposit that has been mined since 1630.

Aurania Resources is on the hunt for gold at its Lost Cities-Cutucu...

Macarthur Minerals strengthens balance sheet by raising A$6.25 million and...

Aurania Resources about to get drills turning for the first on...

Aurania Resources about to get drills turning for the first on their Tsenken...

Aurania Resources (CVE: ARU-OTCQB: AUIAF) Chairman and CEO Dr Keith Barron joined Steve Darling from Proactive Vancouver with news the company has equipment on-site and is preparing to start their maiden drill program at the Tsenken targets. Barron discusses just how big this project is and...