Alcira has six silver-polymetallic mineral properties in Bolivia. The most significant property is the Silver Sand Property located in the Potosí Department, which has been subjected to some small-scale, historic mining since the Spanish colonial time in mid-1500’s. The other five are early-stage exploration projects, which have either been subject to limited small-scale mining or historical drilling.

New Pacific acquired the Tagish Lake Gold Project in 2010 through the 100% acquisition of Tagish Lake Gold Corp., which is continuing as a wholly owned subsidiary of New Pacific. By road, the Tagish Lake Gold Project is located 80 kilometres south of Whitehorse, Yukon and consists of 1,512 mineral claims covering about 254 square kilometres. The property's infrastructure includes an all-weather access road, extensive underground workings and roads to each project, a 300 tonne per day mill, a tailings reclamation site, service buildings and an all-weather 50-person camp.

Three geographically distinct projects have been identified within the Tagish Lake Gold Project: 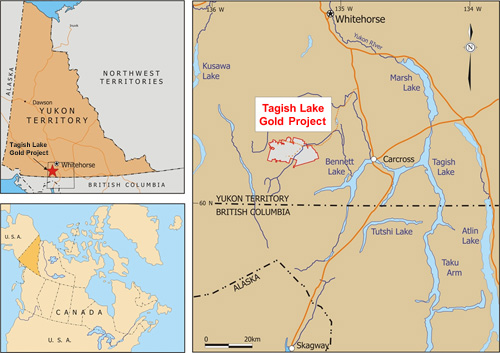 New Pacific Metals Corp. (“New Pacific” or the “Company”) acquired the RZY early stage silver-lead-zinc project in April 2013. Located in Qinghai Province, China, approximately 237 kilometres via paved and gravel roads from the capital city of Yushu, Tibetan Autonomous Prefecture, the Project is situated on a high plateau with an average elevation of 5,000 metres above sea level. 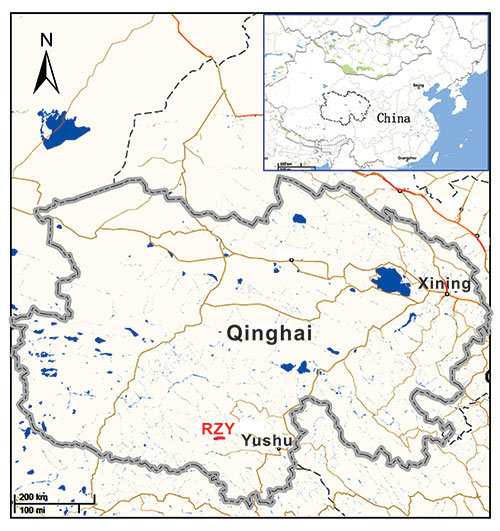 Rui Feng is a successful entrepreneur, explorer, and mine builder with over 25 years of global mining industry experience. His passion for discovery has led him to explore and acquire mineral opportunities worldwide. He was integral in discovering Jinshan Gold’s CSH Gold Mine in China in 2002, which was acquired by China Gold International. Dr. Feng founded Silvercorp in 2003 by acquiring early-stage properties in China. Through discovery and development, Silvercorp has become one of the most profitable Canadian mining companies, with multiple mines in China. As CEO of New Pacific Metals, Dr. Feng led the company to Bolivia in 2017 and acquired the Silver Sand project which has recently led to a significant discovery.

In addition to delivering value to employees and shareholders through discovery and development, Dr. Feng also believes a sustainable operation requires innovation and more effective management. He pioneered a digital information management tool for Silvercorp’s mines, which has contributed to improved organizational performance and operational profitability.

Dr. Feng obtained his B.Sc. and M.Sc. degrees in Geology in China, his Ph.D. in Geological Sciences from the University of Saskatchewan in Canada in 1992, and received a Post-Doctorial fellowship from the National Sciences and Engineering Council of Canada in 1992. Dr. Feng supports many community and social causes through contributions made personally and through the actions of the companies he leads.

Mr. Neal has extensive experience in the metals and mining sector, capital markets and government communications. He was most recently the Vice President of Corporate Development for Silvercorp Metals Inc., New Pacific’s largest shareholder. Previous to that role he held the same position at MAG Silver Corp. Mr. Neal’s career also saw him working in the Office of the Prime Minister of Canada as a senior communications advisor. Mr. Neal will be responsible for overseeing the management team in Bolivia, working to develop the recently acquired Alcira properties (see news releases of April 10, 2017 and June 20, 2017). The team’s primary focus will be establishing strong community and government relations accompanied by an extensive drill program at the Company’s flagship Silver Sand property.

Mark is the founder and former CEO of Trevali Mining (TSX: TV). Under his leadership, Trevali grew from an initial discovery to a top-ten global zinc producer with operations in Peru, Canada, Burkina Faso and Namibia. Prior to Trevali, Mark held multiple positions with Anglo American plc as Senior Geologist including Country Manager Mexico and base metal commodity specialist responsible project generation. He has previously served as the Vice President, Business Development and Vice President, Exploration of Cardero Resources Corp. Mark holds a Doctorate of Geology and Bachelor of Geology from the University of Dublin, Trinity College and is a professional member of the Institute of Geologists of Ireland and the European Federation of Geologists.

Jalen Yuan is a professional accountant with over nine years of diverse international experience in financial reporting, auditing, internal control, and accounting. Mr. Yuan is a member of Institute of Chartered Accountants of British Columbia (“CPA, CA – BC”). Mr. Yuan has also held the position of financial controller at Silvercorp Metals Inc. for over five years. Prior to joining the mining industry, Mr. Yuan had three years audit experience with Grant Thornton LLP where he focused on audits of financial information and internal controls for Canadian companies. Mr. Yuan has a Honours Bachelor of Commerce Degree from Laurentian University, Canada and a Bachelor of Engineering Degree from Tongji University, China.

Mr. Zhang has 20 years of experience and has worked with Eldorado Gold, Afcan Mining, Sino Gold, and New Pacific Metals. He supervised the exploration activities of two major gold projects from exploration through development to production, and brings a full range of technical and managerial skills related to exploration and mining projects.

Yong-Jae Kim is called to the British Columbia bar. He previously practiced law at Gowling WLG (Canada) LLP in their corporate finance group where he advised a number of large companies in the resource sector active in various international jurisdictions. Yong-Jae has been recognized as a leading cross-border corporate lawyer and awarded a Rising Star award by Lexpert. Yong-Jae earned his LLB at the Queen’s University and also holds a Bachelor of Arts in History from UBC.