IN OUR SEARCH FOR GROUNDBREAKING TECHNOLOGIES, WE ARE DEDICATED TO LICENSING INNOVATIONS THAT ENVISION A LEAP FORWARD. SPECIFICALLY, WE ARE FOCUSED ON:

We have stringent requirements for the technologies we pursue:

A global medical device company that is passionate about making healthcare more affordable.

A portfolio of optical technologies to produce advanced eyewear that enrich the visual experience.

A patented process for producing nano-particle sized salt crystals that can reduce sodium consumption by up to 50% while still providing the salt taste consumers enjoy.

A portfolio of new IP for enhancing the safety and efficiency of autonomous driving. (Under development)

New patent-pending software called Trace-it™, for improving the accuracy of gesture recognition on any mobile device. 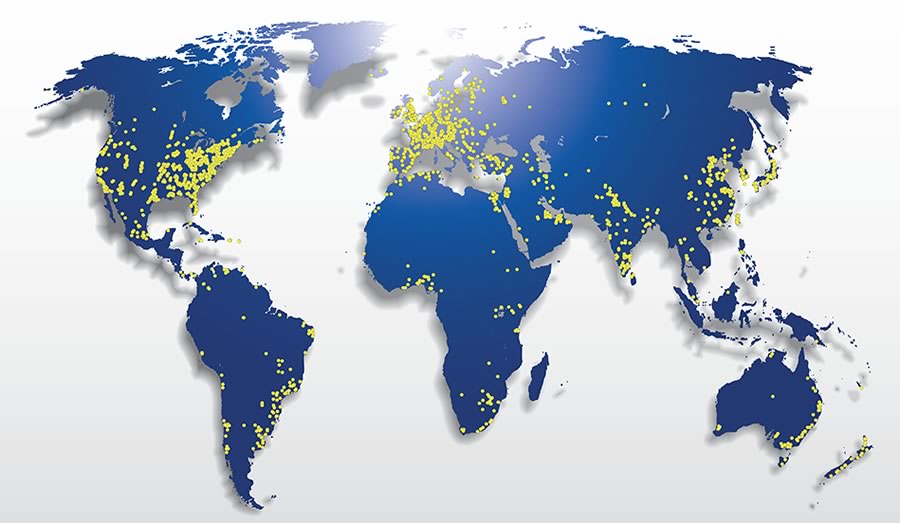 The map above represents the research institutions in our reach.

Cliff is a successful executive with 25 years of leadership experience in academia and commercial enterprises. He is passionate about the development and commercialization of intellectual property to improve the quality of life and create lasting value. Previously, he founded Biomechanics Corp and UTEK where he served as CEO and Chairman and was President and CEO of Innovacorp, the provincial venture capital fund of Nova Scotia. Cliff has served as Acting Director of the graduate program in Biomechanics and Ergonomics at New York University, Chairman of the Nelson Rockefeller Department of Biomechanics at the New York Institute of Technology and Research Professor at the University of South Florida. Recently, he authored Too Good to Fail: Creating Marketplace Value from the World’s Brightest Minds and is a named inventor on 19 issued patents. Cliff is a Fellow of the National Academy of Inventors and serves on the board of directors of the Technology Transfer Society and the State University of New York at Empire State College. He received his Ph.D. from New York University and an MBA from Oxford University.

Malcolm has worked for many years as a consultant to companies in technology, natural resources, and general commerce. Following an early career with PwC in London, he held CFO, COO, and CEO roles in established corporations including the construction firm now called Arcadis. Recently he has held several non-executive director or chairman positions and today these include Corps Security, Baronsmead Second Venture Trust, and Golden Saint Technologies. Malcolm is a Fellow of the Institute of Directors, Fellow of the Royal Society for the encouragement of Arts, Manufactures and Commerce, and Fellow of the Institute of Chartered Accountants in England and Wales. He holds university degrees from St Andrews (MA) and Warwick (MBA).

Bill Payne is a proven, successful international business leader with over 30 years of executive, non-executive, coaching, mentoring and management experience in both small, entrepreneurial and large company environments and cultures. A global career having lived and operated in US, Asia and Europe, in strategic, sales, operational and client-facing roles across the Consulting, Business Services and Outsourcing. Has redefined business and technology models whilst driving considerable revenue and profit growth in highly transformational markets. Bill is an NED and NEC, a Venture Capitalist and a visiting Professor of several top business schools, as well as having his own successful executive advisory business. In a 17 year career in IBM his last role was as General Manager and Vice President of IBM’s Global Customer Service Division with 52000 staff. He led the disposal of this division to Synnex/Concentrix in 2014. Bill has a Bachelor of Science Honours degree in Chemical Engineering from Leeds University and is a Chartered Engineer, a Euro Engineer and is a Fellow of both the Institution of Chemical Engineers and Royal Society of Arts and Manufacturing.

Robert serves a Vice Chair of the national Mayo Clinic Cancer Center Practice Committee, overseeing cancer care delivery at all of Mayo’s national sites, and Medical Director Particle Therapy at Mayo Clinic Florida. He previously served as Vice Chairman of the Board of Trustees of the Mayo Clinic Health System – Albert Lea and Austin. Professor Robert Miller is a physician-executive at the Mayo Clinic, where he has been employed for the last 25 years. He is the author of over 170 peer-reviewed papers. Robert has successfully led a series of national, NIH funded Phase III clinical trials searching for new pharmaceutical solutions to reduce symptoms of cancer therapy. Robert began his scientific career as a medical physicist at the University of Kentucky, before going on to graduate from medical school at the University of Kentucky. Robert also received an MBA from Oxford University. Robert has been appointed Medical Director of the Maryland Proton Treatment Center and Professor at the University of Maryland beginning April 1, 2019.