The firm's recent focus has been the MPD copper-gold porphyry project, from where newsflow has been encouraging

In a letter to shareholders, Tornquist said the company seized the opportunity to capitalize on market sentiment shifting in favor of copper porphyry assets over diamond exploration.

“To that end, we added to our project portfolio with the acquisition of two promising porphyry projects, the MPD copper-gold project in southern British Columbia and the Mohave copper-molybdenum-silver project in Arizona,” said Tornquist in a letter to investors.

“Together with our Trapper copper-gold project in the northern Golden Triangle we now own 100% of three advanced-stage copper porphyry exploration projects in North America, all of which have large footprints and the potential to yield major deposits,” she added.

The firm's recent focus has been the MPD copper-gold porphyry project, from where news flow has been encouraging.

“Our strategic priority is to drill MPD and Mohave as both projects have significant discovery potential, are accessible year-round and are blessed with great infrastructure, including paved highways within a kilometer of the drill targets,” said Tornquist.

In November, the company completed its maiden drill program at the MPD project.  It is expecting assays in January after the work was completed on time and below budget. It exceeded the target of 1,500 metres by completing 1,766 metres in three separate holes.

“The samples from Dunnedin's drill program are currently in the lab and assay results are expected this month,” said Tornquist.  “We are optimistic about this early round of drilling.” 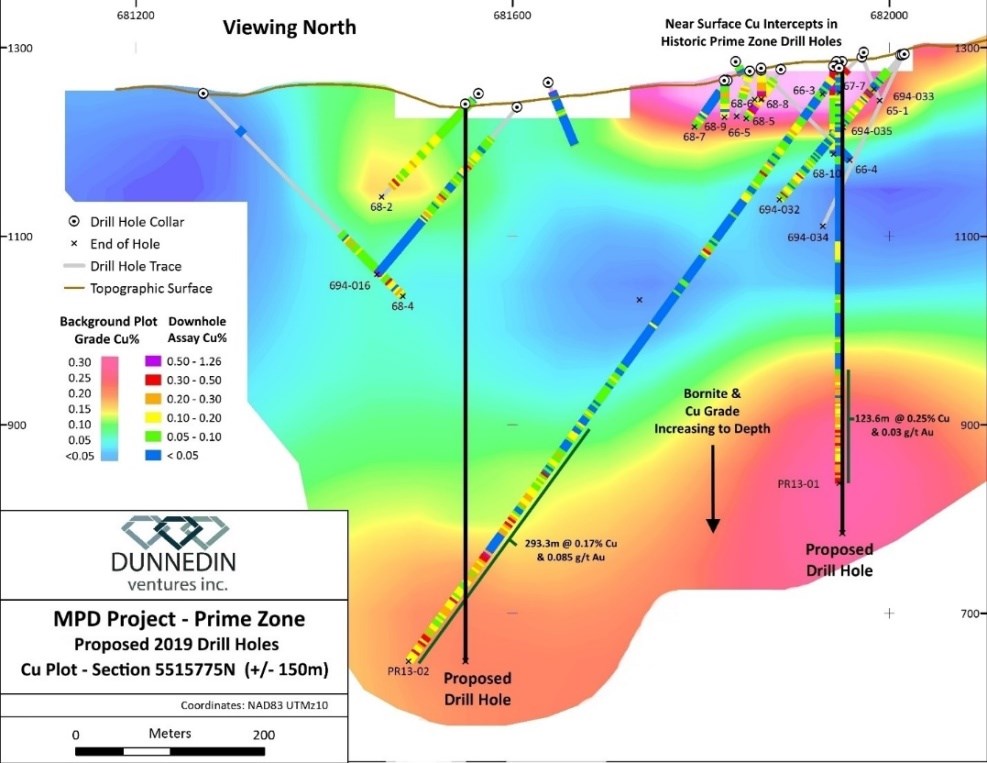 Tornquist added that the group would now focus on exploration plans for 2020, which include further drilling at MPD and an initial exploration program at its copper porphyry Mohave project in Arizona, in the US.

“In 2019, Dunnedin's technical team reviewed the historic work on the project. We are ready to start exploration on the ground in 2020 starting with a geophysical modelling and infill, followed by drilling,” said Tornquist.

The third project in Dunnedin's copper portfolio is its 100% owned Trapper project at British Columbia’s prolific Golden Triangle which was drilled in 2019 with excellent results.

“Trapper is a textbook copper-gold porphyry complex with an alteration signature of over 15 kilometres,” said Tornquist. “It’s an exciting project that provides Dunnedin with additional optionality for value creation.”

According to Rio Tinto, more copper will be required in the next 25 years than was consumed in the last 500 years. The recent China-US trade deal was a catalyst in nudging copper prices to a seven-month high in December.

“The pipeline of copper development projects is sparse, and most analysts forecast a supply gap opening up that will need significantly higher copper prices in the coming years to be filled,” pointed out Tornquist. 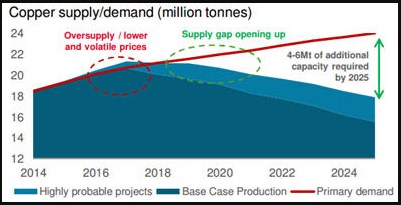 Tornquist’s own background includes strong experience in the copper space. As general manager at Rio Tinto, she was involved in feasibility studies at some of the world's largest copper mines like Escondida and Oyu Tolgoi.

“We look forward to releasing the results from our first drill campaign at MPD soon and are planning to follow up with further drilling in the months ahead,” said Tornquist.

“In addition, our Mohave project offers further low-cost/high-impact exploration opportunity. As our porphyry assets can be drilled year-round you can look for a steady stream of exploration news from Dunnedin in 2020,” she promised.

The exploration company CEO drew attention to how explorers have been rewarded in the capital markets for major copper-gold discoveries.

“Having acquired MPD and Mohave because of their large porphyry footprints and encouraging shallow drill results, Dunnedin is advancing these projects with a similar ambitious goal —  the discovery of a large copper porphyry system that was hiding in plain sight, right beside the highway and surrounded by producing mines.”

Dunnedin Ventures to change name to Kodiak Copper Corp after...

Dunnedin Ventures (CVE: DVI) CEO Claudia Tornquist and Chairman Chris Taylor sat down with Steve Darling from Proactive Vancouver to discuss drill results from their MPD copper project.  Tornquist telling Proactive about the first three holes, while Taylor shared his thoughts on the...