New Pacific Metals Corp (CVE:NUAG) (OTCQX:NUPMF) on Tuesday revealed that it has extended broad areas of silver mineralization at its Silverstrike project, southwest of La Paz, in Bolivia.

The Canadian exploration and development company acquired a 98% interest in the Silverstrike project in December 2019. Reconnaissance and detailed mapping and sampling programs have been completed on the northern portion of the project, said the company.

Silverstrike North is centred on the historic Berenguela Mining District and is characterized by abundant historic mine adits, declines, shafts and spoil heaps scattered intermittently over an approximately 3.5 by 2.2 kilometre area. It includes the Valley Zone, North Top, Tarafaya Mine, South Top, West Top, and CP Zone in addition to the former San Luis Mine, Lourdes Ines Mine and the Turini Mine which are discussed below. 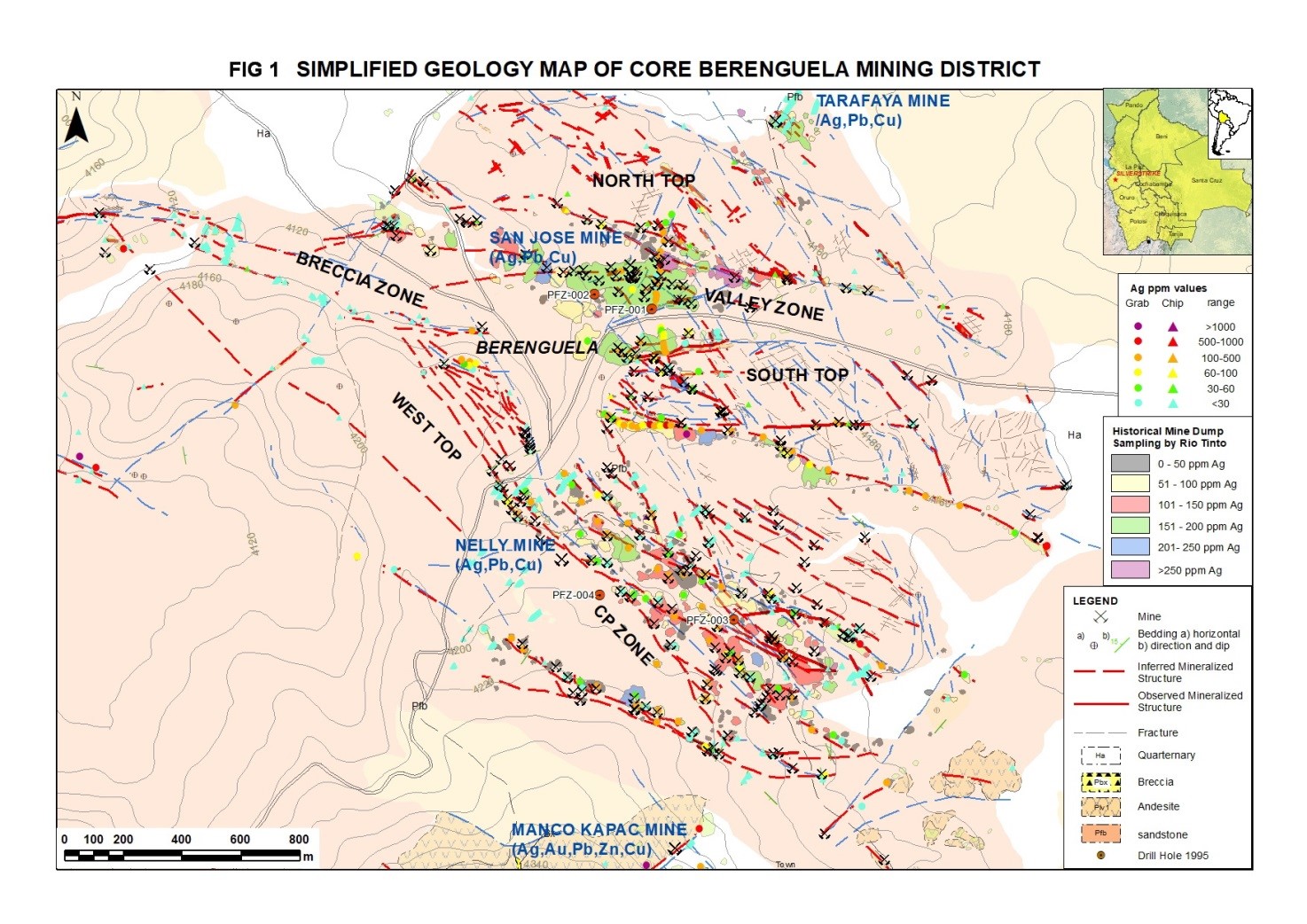 In March, the company initiated an exploration program consisting of 1:5000 scale reconnaissance and 1:500 scale detailed geological, structural and alteration mapping and geochemical sampling programs. The program was aimed at geologically defining and sampling the extents of the hydrothermal systems, including extensive Spanish Colonial-era historic workings to develop drill targets.

New Pacific Metals exploration team is currently completing mapping and sampling of the Silverstrike Central and South areas summary results. After integrating the geochemical sample results, the company will generate drill targets for testing. It will then work on getting the necessary drill permits that are tentatively expected to come through in the fourth quarter.

New Pacific Metals at a new frontier after it delivers maiden silver... New Pacific Metals (TSE: NUAG-OTCQX: NUPMF) President Gordan Neal joined Steve Darling from Proactive to provide an update on their two key projects that have seen some new developments. Neal talking about Silver Sands and the Silver Strike projects in Bolivia, which has seen reconnaissance and...