The new target is located at Dona Moca, which is located 1.6 kilometers east northeast of the company’s Medusa target

Cabral also revealed that soil sampling at the Medusa target has identified a large coherent gold-in-soil anomaly which extends at least 1.4 km and has a pronounced east southeast trend, extending east of the previously reported high-grade boulders which range from 1.1 g/t to 82.2 g/t of gold.

This anomaly suggests that Medusa could be a significant mineralized zone and may in part explain why so much placer gold was historically extracted from the adjacent stream which drains to the north. 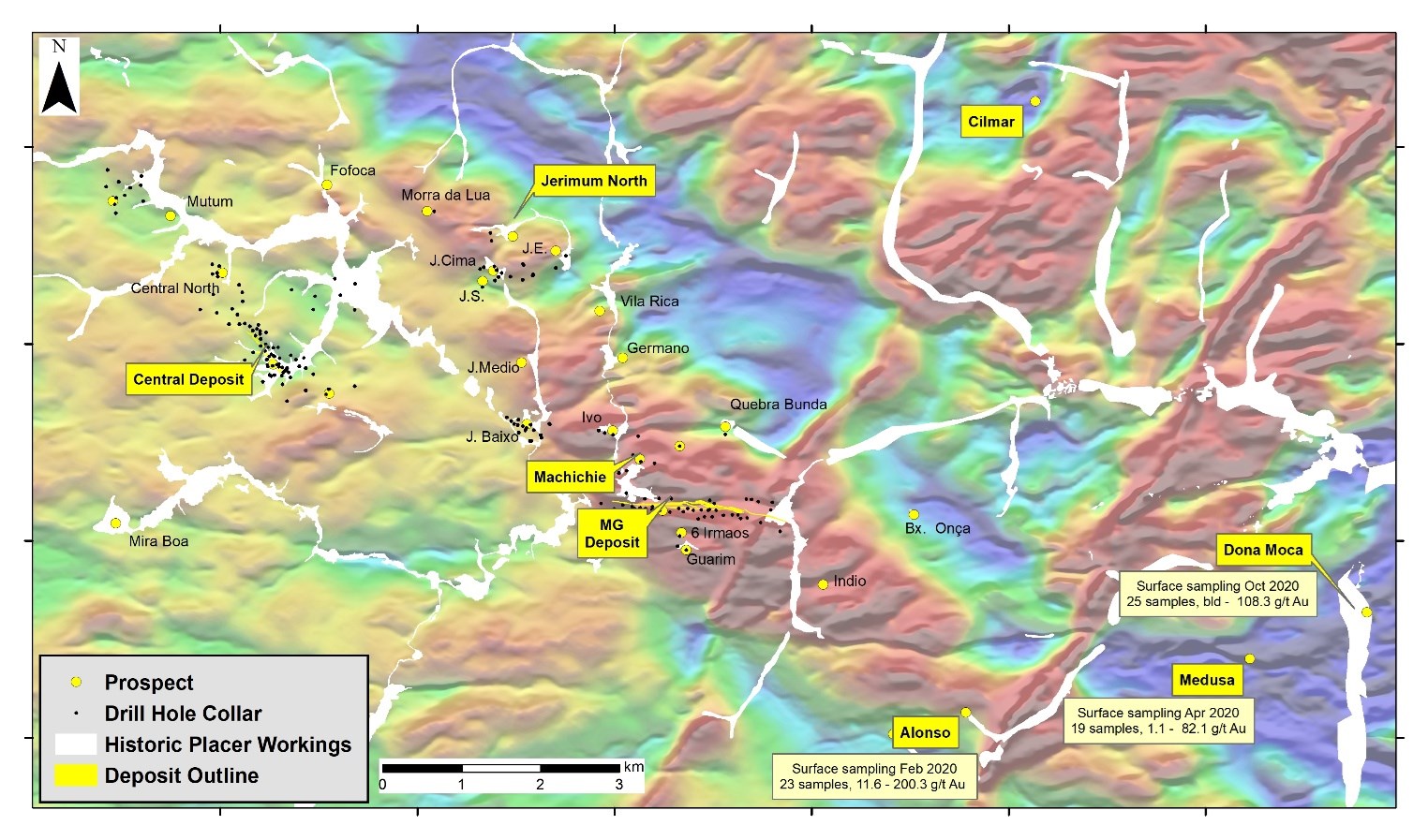 Regional RTP 1VD magnetic composite map showing location of the Dona Moca target relative to the existing deposits at MG and Central, and the Medusa and Alonso targets

Drilling at Medusa is expected to commence in the next few days, the company said.

Additionally, the firm delivered results from the initial three reverse circulation (RC) holes drilled at the Alonso high-grade boulder target. Two of the three holes were drilled 150 meters east of the high-grade boulders at Alonso while the third was drilled south of the target, the company said. These initial holes did not intersect any high-grade gold mineralization, and results are pending an additional twelve RC holes as the current drill program continues.

"The identification of another new high-grade gold target at Dona Moca and a significant gold-in-soil anomaly at Medusa are both positive developments that continue to highlight the potential for discovering additional gold deposits in the eastern part of the Cuiú Cuiú concession area,” CEO Alan Carter said in a statement.

“The current drill program will test at least 10 different targets at Cuiú Cuiú and will take several months to complete. Whilst the first three RC holes at the initial Alonso target did not intercept high-grade mineralization at depth, results are pending on 12 additional drill holes, and we remain committed to identifying the source of the high-grade boulders on surface."

Cabral Gold releases another batch of high-grade gold results from...